You are here: Home › Consortium

The consortium of the GEDII project.

The UOC is a pioneering virtual university based in Barcelona and with a world-wide presence. Established in 1994, the UOC is widely acknowledged as a global leader in excellence in internetbased higher education. The Internet Interdisciplinary Institute (IN3) is a research institute of the UOC which specialises in studies of the network society and the knowledge economy, as well as of network technologies and specific areas of software. The IN3 is organised into research programmes and groups, of which one of the most internationally prominent is the Gender and ICT Research Programme. The Gender and ICT Programme focuses on the gender issues and challenges in science, technology and innovation, with particular emphasis on women’s underrepresentation in all these fields. 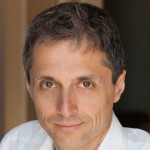 Responsibility in the GEDII project: Coordinator of GEDII. Main responsibilities include the Case Studies on research teams (WP2) including sociometric badges.

Jörg Müller is currently senior researcher at the Internet Interdisciplinary Institute (IN3 – UOC) in Barcelona, Spain where he forms part of the Gender and ICT research program. He obtained his PhD in Communications at the European Graduate School (EGS) in Saas-Fee, Switzerland and holds a degree in Sociology and Computer Science from the Free-University in Berlin, Germany. He’s been an expert advisor to the European Commission DG Research and Innovation. Main research interests include practice based approach to gender (in)equality, especially in relation to the valuing of professional knowledge, and new, data intensive research methods within the social sciences. Apart from coordinating GEDII, he has been coordinating the FP7 CSA “GenPORT – An Internet Portal for Sharing Knowledge and Inspiring Collaborative Action on Gender and Science” (2013-2017). 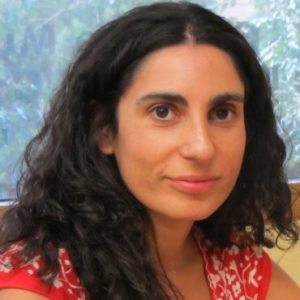 Responsibility in the GEDII project: Assistant at the Gender and ICT Research Group (Universitat Oberta de Catalunya). Support to the development of the communication strategy and the engagement and dissemination activities.

María José Romano is a research assistant in the Gender and ICT research group at the Internet Interdisciplinary Institute (IN3) of the Open University of Catalonia (UOC), where she provides support to the engagement and dissemination activities of the GEDII project.

She is graduated in Social Anthropology and Audiovisual Communication, and postgraduated in Social Research Methodologies and Strategic Communication. She has worked as a research assistant in several projects in the fields of communication and cultural studies. In her professional career she has also been a project coordinator in the NGO sector and consultant in social responsibility and gender equality, developing assessment studies and action plans. 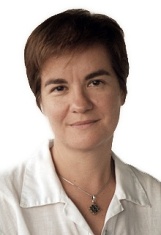 Rosa Borge Bravo is a Political Science Associate Professor at the Law and Political Science Department from the Open University of Catalonia (UOC). She holds a PhD in Political Science and Sociology from the Deusto University (Bilbao). She has been an Associate Director of the Doctoral Program in Information and Knowledge Society at UOC, Visiting Scholar at the Center for Political Studies at the University of Michigan (Ann Arbor) and Senior Researcher at the Pompeu Fabra University (Barcelona). Her main areas of research are online deliberation and participation, gender diversity, social networks and the use of social media by parties and social movements. She has published in indexed journals such as Information, Communication & Society, Policy & Internet, ARBOR and Revista Internacional de Sociología. 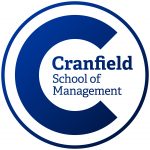 Cranfield is one of the UK’s top five research-intensive universities, alongside Cambridge, Oxford, Imperial College and University College London. The Research Excellence Framework 2014 (REF) has assessed that 81% of the research at Cranfield University is world leading or internationally excellent. With its total staff being 1,559 representing 60 countries, research and teaching focuses on aerospace, agrifood, defence and security, environmental technology, leadership and management, manufacturing and transport systems sectors. Cranfield has a large network of partners ranging from micro SMEs to the largest blue-chip multinationals, from governments across the world to NGOs and charities. In terms of teaching, Cranfield graduates over 75% of the UK’s postgraduate aerospace engineers, delivers UK Ministry of Defence’s largest educational contract and provides professional development to 20,000 individuals annually. Cranfields School of Management is among the Top 10 in Forbes’ ranking of the Best International Business Schools. The International Center for Women Leaders forms part of the School of Management, leading the national debate on gender diversity and corporate boards. It has established itself as a centre of excellence on women leaders, from which organisations obtain the latest trends, up-to-date research and benchmark best practice. Since 1999, the Center publishes the renowed Female FTSE benchmarking report which provides a regular measure of the number of women executive directors on the corporate boards of the UK’s top 100 companies. It enjoys a international reputation and high visibility through its involvement in various women’s awards such as the “European Women of Achievement”, “Asian Women of Achievement”, “Management Today’s 35 women under 35” and the top 50 most powerful women.

Elisabeth Anna Günther is Research Fellow at the Global Centre for Gender and Leadership at Cranfield School of Management. She graduated in sociology at the University of Vienna, before she obtained her PhD in industrial engineering with focus on organisation studies at the TU Wien (Vienna University of Technology). Her research addresses gender and intersectionality in organisations within the area of science, technology, engineering and math. 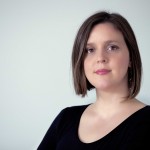 Anne Laure Humbert, PhD, is a Senior Research Fellow at the Cranfield International Centre for Women Leaders at the School of Management at Cranfield University since July 2015. She initially studied Mathematics and Statistics at the National University of Ireland Maynooth, followed by a Ph.D in Statistics, Gender and Entrepreneurship at Trinity College Dublin. She has been a Senior Lecturer at Middlesex University London and Visiting Scholar in several European universities. She also worked at EU level, with the European Institute for Gender Equality, where she worked on the development of the Gender Equality Index and on the research reports monitoring selected critical areas of the Beijing Platform for Action.

The HFU is a University of Applied Science with a focus on engineering studies. The study courses comprise bachelor and master studies. The Institute for Applied Research (IAF) organizes the research activities of the HFU. The strategic research competence of HFU is concentrated on six main fields: 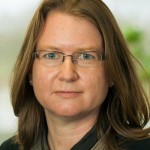 Örebro University is one of the fastest growing universities in Sweden. It involves seven large multi-disciplinary Schools, and a Centre of teacher education. The University provides education and conducts research in humanities, law, social sciences, natural sciences, technology, health care, medicine, education, music and sport science. Örebro University actively promotes gender equality and diversity, through strategic equality plans, action plans, and guidelines. The aim is to provide an equal work place and study environment for all employees and students. The equality and diversity infrastructure currently involves one equality advisor in the Vice Chancellor’s Office, an Equality Council appointed by the Vice Chancellor, as well as an equality network across the organization. Gender Studies and gender research at the University were initiated in 1978, and the university has developed a strong national and international profile in this field. The University has the right to award doctoral degrees in Gender Studies since 2003, offers doctoral training and a program of doctoral courses in Gender Studies and is part of the Swedish-international Gender Studies graduate school Intergender. Research related to gender and gender equality is conducted in Gender Studies and several other disciplines, including History, Media and Communication, Sociology, Social Work, Political Science, Law, and Musicology. Gender Studies coordinates and is the core of the Centre for Feminist Social Studies (CFS), at the School of Humanities, Education and Social Sciences, involving scholars from various disciplines. It is a multidisciplinary research and research-training environment, comprised of twenty senior researchers and six doctoral students, and a number of affiliated scholars from other Swedish universities and abroad, and with a research program framework entitled “Gender, Society and Change”. 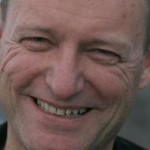 Responsibility in the GEDII project: Bibliometrics and diversity analysis

The VDE is the association for electrical engineering, electronics and information technologies, the technicians and scientists involved in these fields, and all related technologies and applications. As the public voice for these key technologies, the VDE works to improve the climate for innovation, to promote the best possible engineering degrees, and to foster broader public acceptance of technology. Just as important, the VDE defines and controls standards for public safety with its internationally recognized technical regulations and rigorous testing methods. The VDE mark, which is familiar to 67 percent of all Germans, is regarded as a symbol of the world’s highest safety standards. With 36,000 individual members and 1,300 corporate and institutional members the VDE is one of the largest technical and scientific organizations in Europe. VDE is one of the biggest providers of trainings in Europe with more than 500 trainings per year. Annually circa 65,000 participants take part in 1,500 VDE-events (trainings, conferences, congresses and workshops). Additionally, the VDE is the network of female engineers. It is a key player in the organization of STEM related activities such as STEM Academy for young scientists with workshops, conferences, online and offline think tanks, survey and evaluation; the Girls’Day: joint events with the Federal Ministry of Education and Research, and VDE STEM-students: qualitative and quantitative studies, workshops, good practice manual. 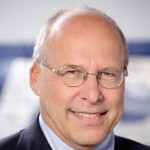 Dr. Walter Börmann is the Director Communications + Public Affairs, responsible for press contacts and public affairs, for political contacts with both representations in Berlin and Brussels, for all young talent initiatives and member service. Dr. Börmann is responsible for VDE’s representation at fairs such as CeBIT and Hannover Messe – including joint events with ministries, institutions and associations, for initiating and coordination of joint projects with ministries such as the VDE young talent initiatives INVENT a CHIP, SolarMobil, or VDE STEM Academy funded by the Federal Ministry of Education and Research. He also oversees the development and implementation of the PR strategy regarding e-mobility within the VDE – including flagship projects such as congresses, positioning of the new automotive test platform of the VDE Institute or media campaigns. He is member of the task force communication of the German National Platform for Electric Mobility (NPE) and coordination of VDE’s activities at the National IT Summit of the German government. He is also the director of communication of the Convention of National Associations of Electrical Engineers of Europe (EUREL).