You are here: Home › Advisory boards

GEDII will be supported by three external Advisory Groups: a Gender and Science Advisory Group, a Team Science Advisory Group and a Science and Research Assessment Group. This corresponds to the three large knowledge domains the project will be drawing upon. The expert groups will consist of prominent individuals with complementary expertise in their respective fields, ideally having worked on the interface to the remaining other domains.

The group provides critical feedback towards the project regarding gender issues in science and research, specifically on the team and organizational level. It will advise the development of the Gender-Diversity-Index, the selection of (non-standard, gender sensitive) quality measures for research performance and provide important disciplinary contextualizations to our work. In addition, its members will connect the team to ongoing national, EU-level and international policy debates regarding gender equality and science.

Originally from London, Jeff Hearn studied Geography, Urban Planning, Sociology and Organisation Studies at the Universities of Oxford, Oxford Brookes and Leeds, before his PhD in Social Planning, Social Theory and Gender Relations at Bradford University. He is Guest Research Professor in the Faculty of Humanities and Social Sciences, based in Gender Studies, Örebro University, Sweden; Research Professor of Sociology, University of Huddersfield, UK; Professor Emeritus, Management and Organisation, Hanken School of Economics, Finland; and Fellow of the Academy of the Social Sciences, UK. His current research focuses on gender, sexuality, violence, men and masculinities, organisations, and transnational processes. He is co-managing editor, Routledge Advances in Feminist Studies and Intersectionality book series, and co-editor, NORMA: the International Journal for Masculinity Studies. He has been involved in many national, Nordic, EU and international research and policy projects, including CROME, CAHRV, GenSET, and GenPORT, and the Study on the Role of Men in Gender Equality (European Commission, 2013). His latest books are Rethinking Transnational Men (edited with Marina Blagojević and Katherine Harrison, Routledge, 2013), Opening Up New Opportunities for Gender Equality Work (with Anna-Maija Lämsä et al., Edita, 2015), and Men of the World: Genders, Globalizations, Transnational Times (Sage, 2015). Forthcoming books are: Men’s Stories for a Change: Ageing Men Remember (Common Ground, 2016), and Revenge Pornography: Gender, Sexuality, and Motivations, with Matthew Hall (Routledge, 2017). 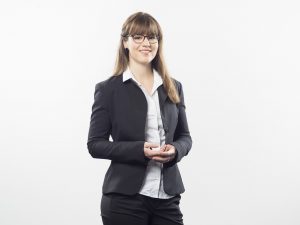 Catrina John is currently research associate at the Hasso Plattner Institute of IT-Systems Engineering in Potsdam, Germany. She forms part of the chair of Prof. Dr. Christoph Meinel for Internet Technologies and Systems. Catrina Grella graduated with a MA in sociology from Free-University in Berlin, Germany. Main research interests include gender diversity in Science, Technology, Engineering, and Mathematics (STEM) and e-learning, especially in relation to data intensive research methods within social sciences.

The Team Science Advisory Group supports the project during critical decisions, particularly regarding questions of research design and method during the case studies and survey. It will help conceiving the overlap between gender on the team level and team performance. Furthermore, the team science expert group feeds GEDII outcomes back to existing team science research and initiatives.